The international tax scenario has undergone radical changes in recent years. Countless news items and examples point to the fact that most countries are fed up of continuously losing revenues to tax havens.

The old practices for international tax advice used until recently, amounting to what we might term 'international tax evasion', have become completely obsolete. Setting up a company in a country with low tax rates to which revenues were gradually diverted in a type of masterstroke has not worked for some time now.

Mechanisms for sharing financial information between jurisdictions, international tax transparency rules, and regulations on transfer prices and related transactions, among many other measures that have been largely pushed forward by the OECD (Organisation for Economic Cooperation and Development), in recent times particularly through its BEPS (Base Erosion and Profit Shifting) programme, have forever transformed the rules of play.

Taxpayers, who are none other than multinational companies and their aggressive plans, now operate in a new scenario that has gone from the practice of 'treaty shopping', which entailed choosing à la carte in which jurisdiction to pay taxes and at what price, thanks to the generous 'tax rulings' of certain exotic Caribbean countries or the small European jurisdictions, to another context in which they face multiple tax elements that seek to prevent them from achieving their goal of double (and sometimes triple) non-taxation of profit.

A whole raft of measures is being implemented to tackle this: cross-border tax rulings agreed upon by various jurisdictions and LOB (limitation of benefit) clauses, such as the 'principal purpose test' included in the agreements signed between countries, to name but a few.

In the midst of all of this is the question of what the current situation is in the Special Administrative Region of Hong Kong. The overhang from the previously beneficial Anglo-Saxon regime, especially from the tax perspective of foreign multinationals seeking to set up shop in the area, must now necessarily be reconciled with its belonging to the People's Republic of China, with all that that implies, and must also be seen as part of the changing international tax scenario described above.

Hong Kong's stance was made clear following the European Union's accusation of the Asian region as an 'uncooperative jurisdiction' with regard to all of the aforementioned requirements.

Indeed, Hong Kong wants to play on the side of the 'good countries' and has specifically expressed this in various official statements clarifying the accusations and in particularly tightening the 'compliance' required of companies wishing to set up on their territory to enjoy the benefits of an off-shore status (with the normal tax cuts that entails).

In sum, when faced with the question of taxation of setting up a new business in Hong Kong, what international companies need to know is that although there are more controls now than there used to be, Hong Kong is still the best location in the area for a number of reasons.

The government of Hong Kong has firmly opted to play in the league of modern jurisdictions that comply with the OECD and are not complicit in multinationals' aggressive international tax fraud plans, although the bill it levies on taxpayers is still not as high as in other territories. 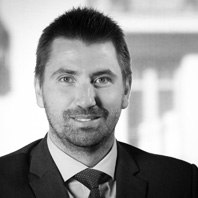